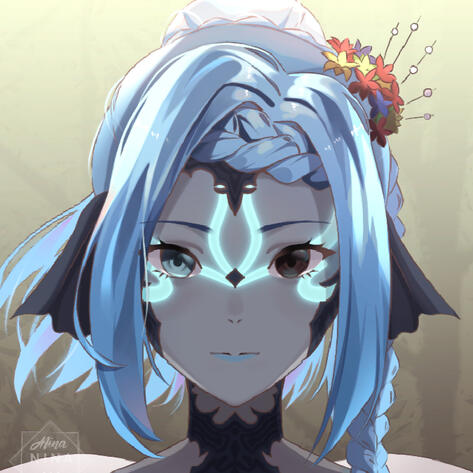 A cheerful girl hiding a maelstrom within. 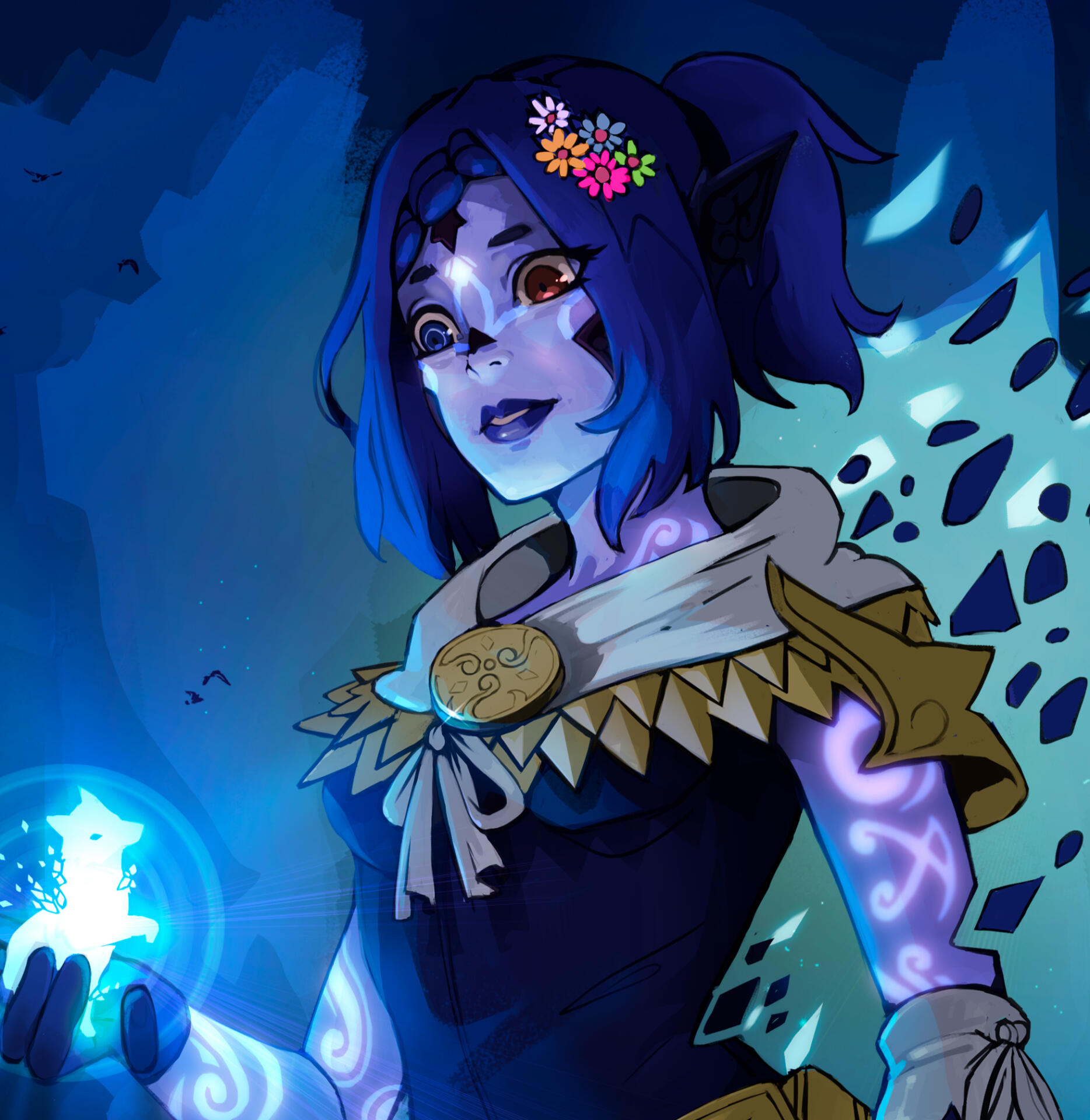 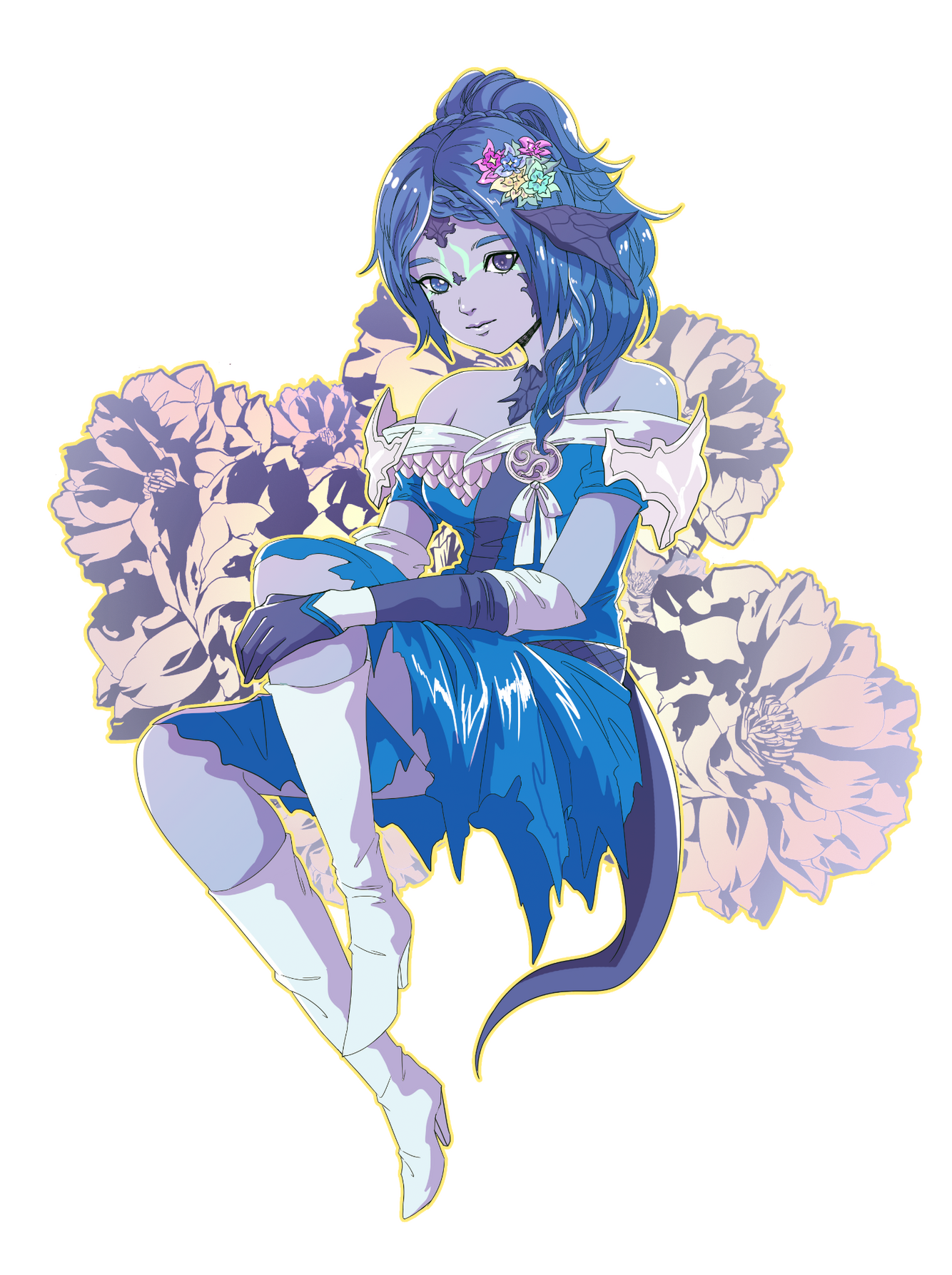 Playful, ever-loving friend and companion to everyone she meets. Always looking to grow stronger to in order to protect those she holds dear. Secrets better left unsaid. 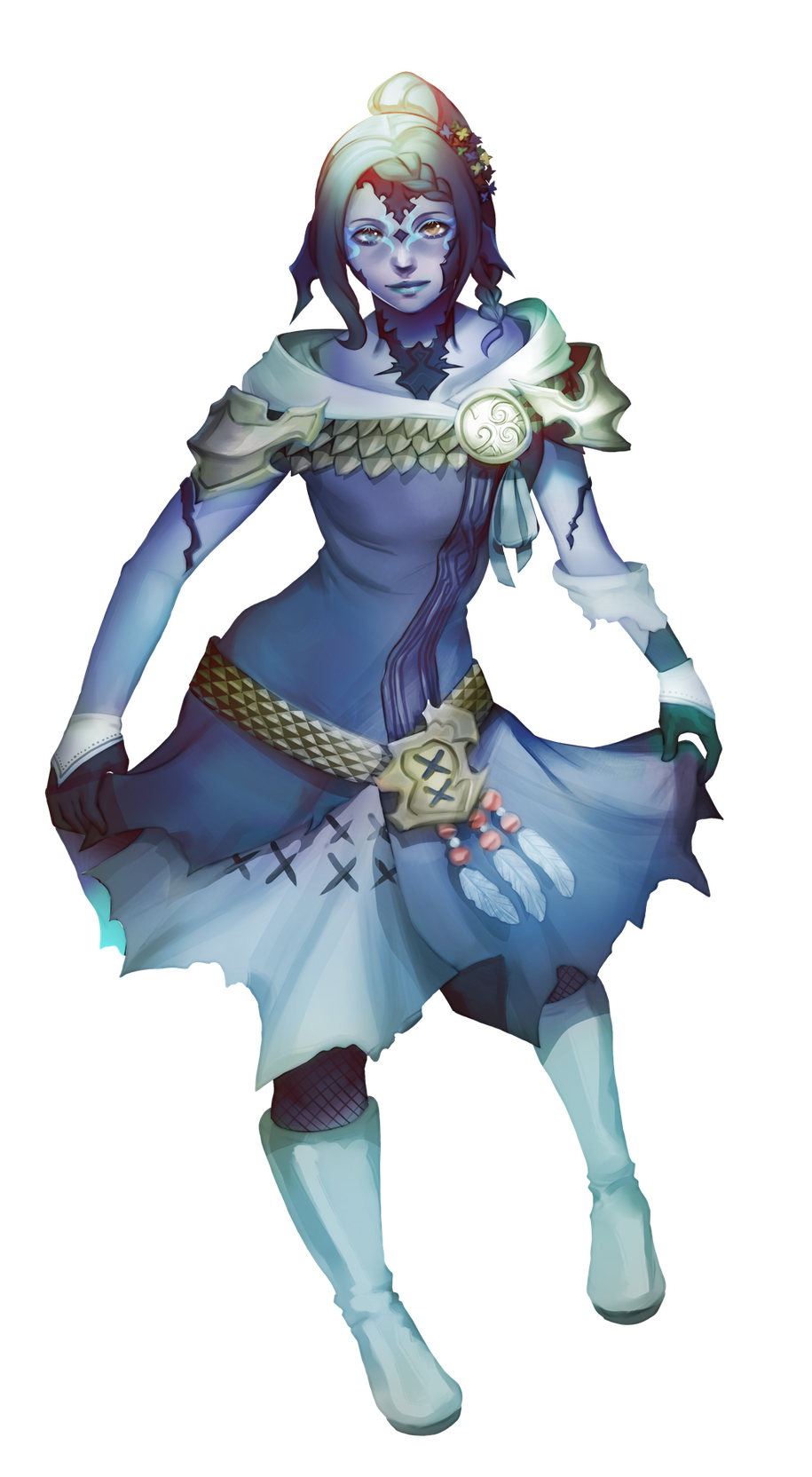 Blue is a curious little Xaela, often sliding herself into the lives of others and cheerfully helping them to the best of her abilities. She resides within the Lavender Beds with her husband and adopted daughter, tending to chocobos at a nearby Estate and spending much of her time training in order to help people - friend and stranger alike.

While overly happy at times, the Xaela has been witness to many terrible things throughout her life that still affects her in ways she does not quite understand. However, this strife empowers her to fight more passionately for others so that they will not fall by the wayside from their own conflicts. One could not ask for a more faithful friend.

There is more to this Xaela than one might initially think. She does not belong to any tribe, nor does she know exactly where she came from, only citing it to be "Up North in the Ice".

However, she prefers to keep these secrets to herself, and is more than happy to keep things the way they are. Those who can sense her strange aether signature might note something off about Blue, but unless she really trusts someone with her life, she won't be willing to share.

Also a bit lore-bendy, can ask for details if you like, but it normally won't come up unless it's a plot device you would want to explore.

Vinalo - Keeper of the secret. Returner of life. Gentle but mighty soul.

R'Lamiza - Captain of the sea. Mentor of new knowledge. Strength of heart, not so much of mind (right now)

Gair - Knowledge of weaponry and battle. Far off missions. Master of oneself.

Novine - Butterfly Princess. Longest of locks. Strongest of will.

A'erina - Not as she acts or seems, May trust again, Difficult to read

Yoake - She Came Back, Seeker of Purpose, I wish to know her more

Yuyuci - A true mother. Reminder of the unspeakable. Who you are, not what you are.

New Friends in New Places - Blue loves to make anybody's acquaintance - whether they seek friendship or desire nothing of the sort.

Strange Aether Signatures - Only noticeable by few, Blue's aether is turbulent and strange, a vivid array of chaotic energy bundled up within the Xaela.

Sparring Partners - Blue is always looking for sparring partners to practice her skills with.

Shroud Native - She can often be found almost anyplace in the Shroud, lazing around in scenic vistas or training.

More Mentors? - Blue is currently in the process of learning how to heal with her Aether, as well as general Aether manipulation. She'd be happy for more advice of guidance. She's also a self-taught fist fighter who requires lessons in technique and form.

Seriously, just walk up! I love to roleplay and love opportunities to interact with all types of players.

Not much to say really. I've roleplayed for many years, though this is only my second year roleplaying on FFXIV. I don't mind one-liners or paragraph roleplay though I do prefer things to be happening and I have a tendency towards paragraph roleplay myself. I can also match the person I'm roleplaying with no problem!

Otherwise, feel free to reach out to me, discord Bluebird#8206 . I'm happy to chat and plot and plan.

Availability:
EST - Currently Available Weeknights and most times over the Weekend

I can do both Discord and In-Game RP

OOC Note- Blue as a shapeshifter is mostly a plot device meant for plot-y things of which she will rarely if ever reveal of her own accord unless circumstances demand it.

Blue was born a Shapeshifter in a world that can no longer be reached. She is able to change into any beast she can see and study. She can, at times, become creatures that she envisions just in her head- but there's a terrible danger to encompassing something strange and unknowable.

Blue is currently unable to keep to any one shape for very long before 'banding' back into her Au Ri body. She continually tests her limits however, strengthening her shapeshifting abilities as a result.

While she is able to control most of her forms without much thought, there is only one that she calls upon when she feels there's no other choice. This abomination is the result of a past mistake in changing into something she imagined. Chaotic and destructive, it adapts to its surrounding environment and lashes out with open violence towards threats and non-threats alike.

Passive Abilities in Xaela Form
Minor Regenerative Capabilities - Blue is capable of rapidly healing from most wounds, leaving bruises, scars, or other similar marks impossible. The more severe the wound however, the longer the amount of time she'll need to recover. Regeneration is not instant however, only working in full when she's able to rest after being injured. 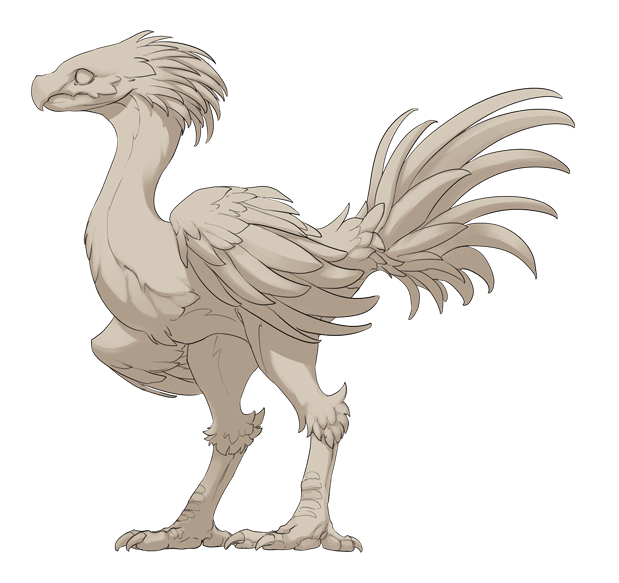 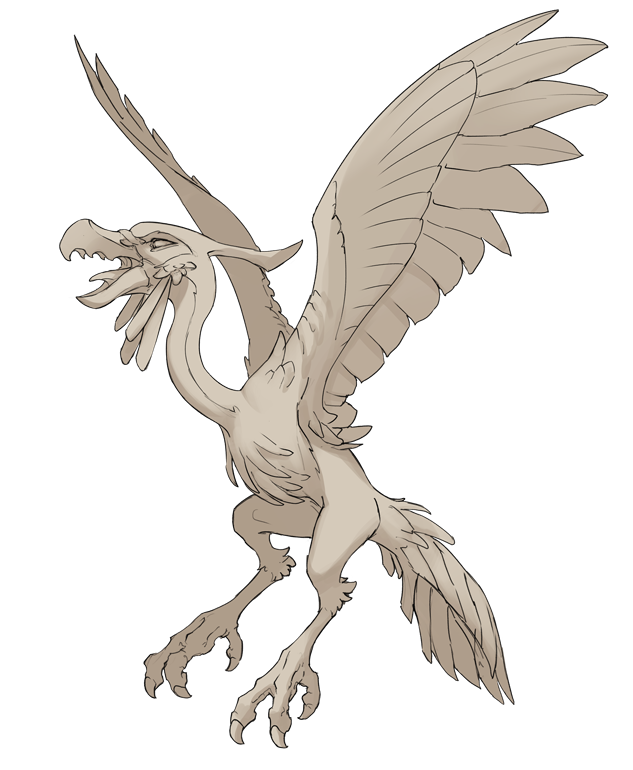 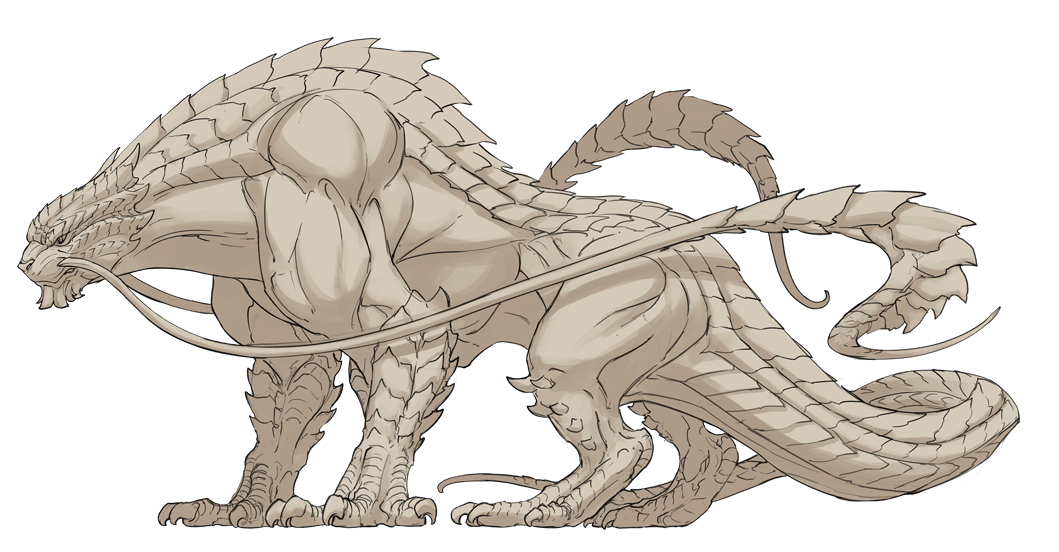 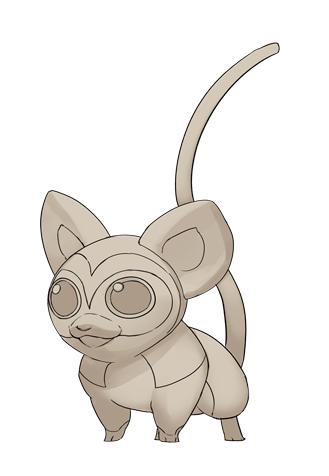 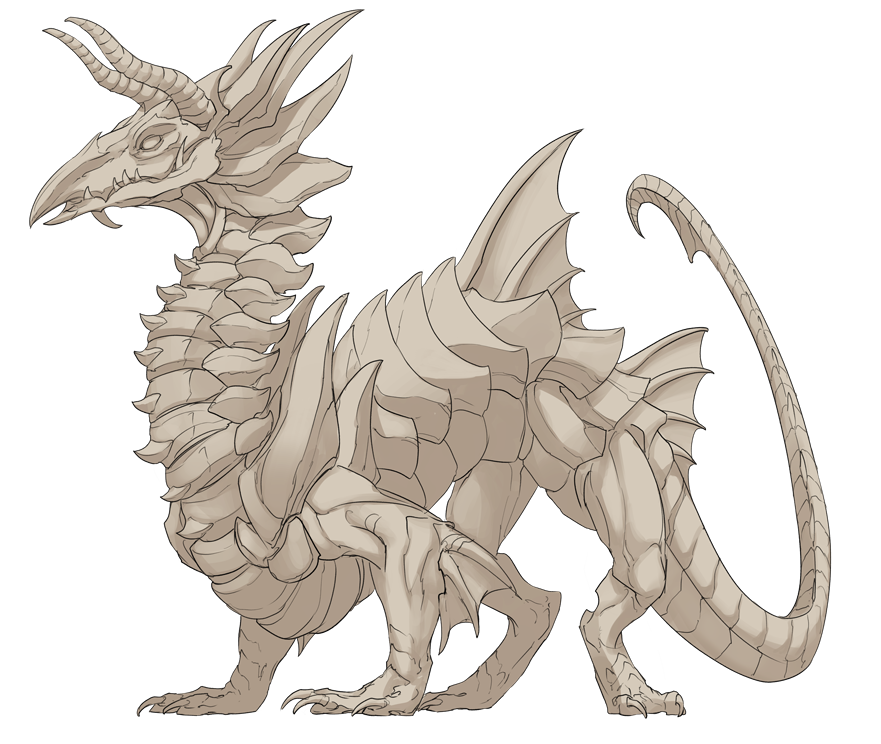